It’s After the End of the World? 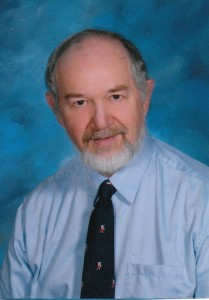 I went to a party early in my freshman year of college. I was pure, sweet and almost innocent.  Throughout the hour or so I was there, in a now forgotten dorm room, odd words blared from a stereo. “It’s After the End of the World” repeated and repeated. It’s a Sun Ra song, circa 1971.

Well now it is after the end of the world: December 21, 2012 has come and gone. And on this cold January night, I’m thinking about how the world did end, at least in a manner of speaking, in 2012.  It ended  for my husband, Larry, who died in June of  2012. And so it also ended –in a manner of speaking–for me and for my sons, for other members of my family and for Larry’s many friends.  The Larry Era ended and we are now in the Post-Larry epic.

I lived with my beloved Larry from 1977 to 2012.  That’s 35 years. And now I truly know what it means to feel that a “deceased” loved one can be present in spirit. It is not easy to explain. But when I look into the sky, I can see him there. When I walk in the woods, memories rush back of our walks, and he is there too. When I hear a song that he loved or played on the piano, there he is again. When I look at the picture of the root cellar on the header of this page….nostalgia roars in like the surf, because we lived in that root cellar for six years……

Some would assign these moments to mere memory.  But the memory, if it is one, lives in the present, feels timeless and eternal, and spreads itself out upon the whole universe. I sense this intensely.

Gratefully too, the differences and disagreements and disgruntlements we had between us have been amazingly and happily washed away by the overwhelming sensation of grace and love that Larry’s spirit conveys when he visits.

He was a man of tremendous faith.  He actually read the Bible 37 times. Once a year, page by page, for thirty seven years! He always dreamed of visiting the Holy Lands and his wish came true a year and a half before he departed this earth. So I am not at all surprised that I am not “haunted” by any guilt associated with any ugliness I may have demonstrated in my years with him. So if I was not the most perfect wife (which I was not)…he’s let me know, “let it go!”

I could go on and on about how I know that Larry lives on; how I am sure he’s alive in an  another realm characterized by LOVE and I look forward to the day when I will join him there.  But for now, there is more for me to do on this earth, even if it is “After the End of the World.”