Posted on February 6, 2011 by Elizabeth Richie 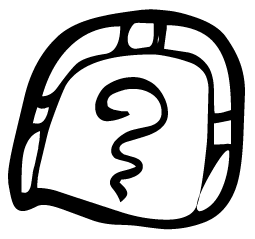 Unlike the Eagle and the Owl, the vulture has a kind of “bad rap” within the social mindset.  After all, it’s a scavenger that lives off dead things.  When we hear the phrase, the “vultures are circling,” we think of a dying animal down below or that some helpless person is about to fall pray to unscrupulous forces.

But there’s another way to view the Vulture. By consuming the flesh of a dead animal, the spirit that’s bound to the flesh is ushered back into the spiritual realm. The vulture is actually in the business of freeing the Spirit from the ties of earthly, material limitations and sending a life-form back to its spiritual home to be reuninted with and restored to its original essence.

Grandmother Pa’Ris’Ha explained to us once that animals that are killed by cars and lay on the road as “road kill,”  are, in a sense, trapped in that moment of time when the car slammed into it.  Unlike human’s who have self-consciousness over Time, apparently, animals do not.  They live continually in “The Now” and on earth there consciousness and their bodies are strongly tied. When hit by a car, an animal’s consciousness stays connected to the body until the body dissolves back into nature, the elements, the soil, the earth. Animals are instinctually and genetically accustomed to a death blow dealt by its natural predator.  Deep intuition permits a mode of consciousness that recognizes the bringer of death and release to the spirit realm is accepted more readily. But animals can not comprehend the car and its death blow, and remain with the body, suffering its death over and over, when other cars run over it as the body rots on the road. The vulture and other animals that eat carrion, assists these animals, releasing them from this earthly purgatory and bringing them Peace. Grandmother taught us to utilitze a bit of sign language and prayer to assist animals we see on the road to “ascend.” She has taught us to call the vulture a “Peace Eagle.”

Humanity’s callous insensitivity to the plight of  “road kill” is just one simple example of our ignorance of the nature of consciousness.  But the Time approaches when we must become and will become the Masters of Consciousness. Someday we will realize our ultimate Potential! As Parisha has said: “Oh Beloved. Free your mind, and your identification with the world of form! You are infinite!”

Cib, the Vulture,  reminds us, urges us, assists us to go forward in achieving cosmic consciousness, this state of pure potentiality, of at-one-ment with the Creator, the ultimate state of  grace and peace.